A Decade of Support for Ukraine 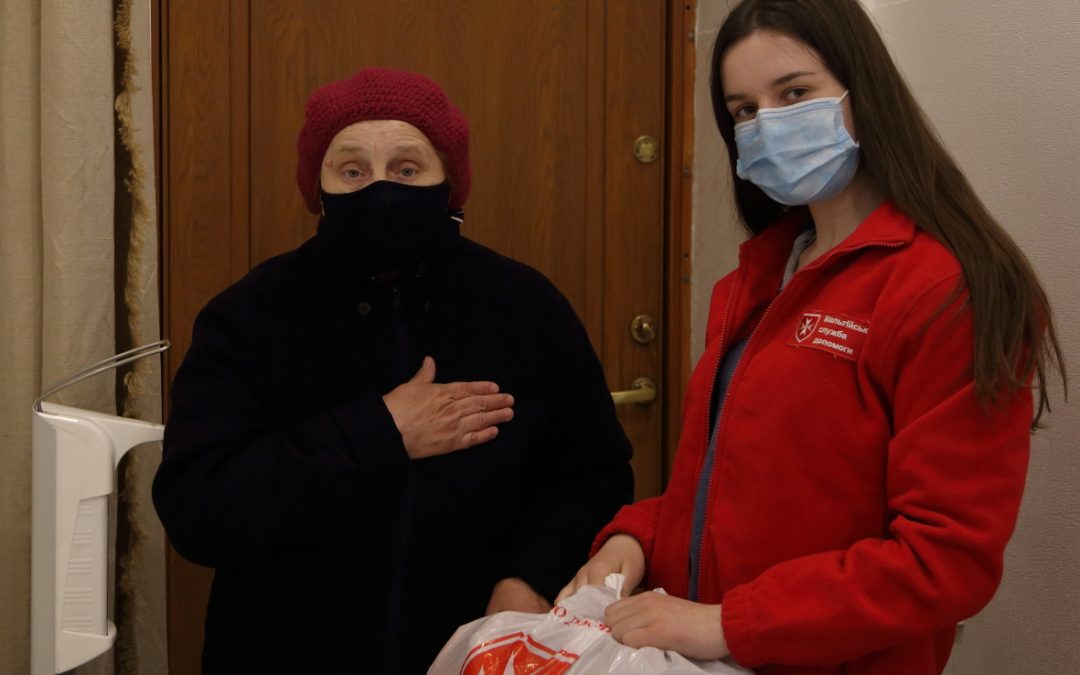 In 1993 the Ukrainian Relief Service of the Order of Malta started working in Lviv, closely followed by branches in Ivano-Frankivsk, Beregovo, Mukachevo and Kyiv. The work predominately supported low-income families and elderly people through soup kitchens, as well as adults and children with disabilities. The Ukrainian Relief Service was one of the first Order of Malta entities to receive a grant from the Fund for the Meals on Wheels project in 2012. The project regularly delivered hot meals to 50 homebound elderly and disabled people in Lviv. Since then, the project has received a further four grants, assisting the projects growth to reach more people, regularly assisting 150 homeless, elderly and disabled children and adults in 2020.

The Fund has continued to support Ukraine and the surrounding countries, through works of the Order of Malta, since the outbreak of war in February 2022. The Order was well placed to provide a swift, rapid and effective response to the crisis in Ukraine. Since February this year, tens of thousands of volunteers have been mobilised in country and surrounding countries, ready to help those fleeing or displaced with whatever they need, from hot meals and shelter to mental health and medical support. The map below provides an overview of the work the Order if currently delivering in Eastern Europe: 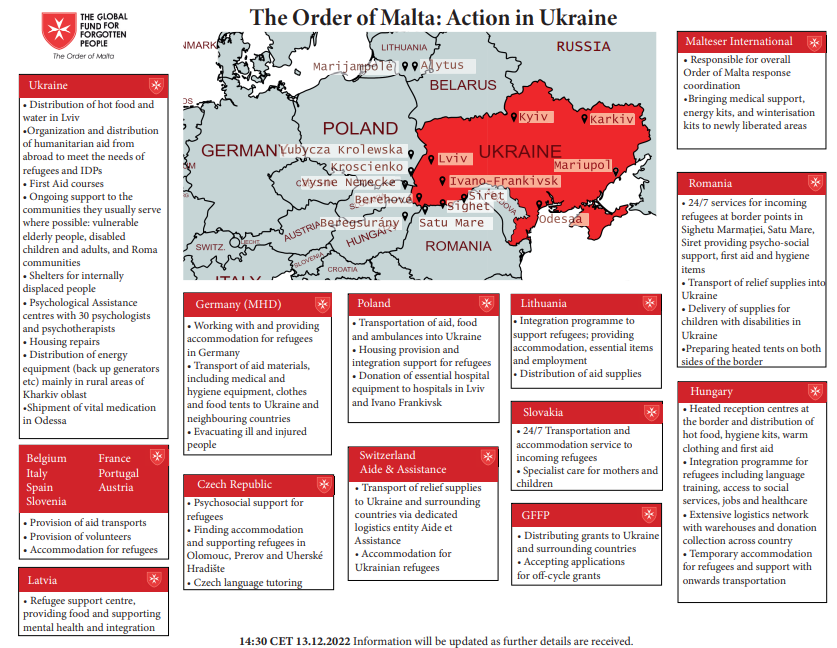 The Fund is not the crisis response arm of the Order but having partnered with the Order’s Relief Services in Ukraine and the surrounding region for the last decade, was well positioned to identify the areas the Fund could effectively contribute. Through the generosity of our donors, the Fund has responded to the crisis with grants to Ukraine, Poland, Lithuania, Latvia, Romania and Slovakia. However, our focus remains on the Forgotten. Alongside their heroic response to the war, our Order partners are still serving the homeless, the elderly, the disabled and marginalised. In 2022 the Fund has made 12 grants to establish new programmes and grow existing works across the region. Two grants were awarded to existing programmes in Beregovo, including therapeutic training for carers of 200 children with disabilities and providing 50 Roma children with education, counselling, and a hot meal.