Faces of the Fund: Interview with H.E. Richard Fitzalan Howard 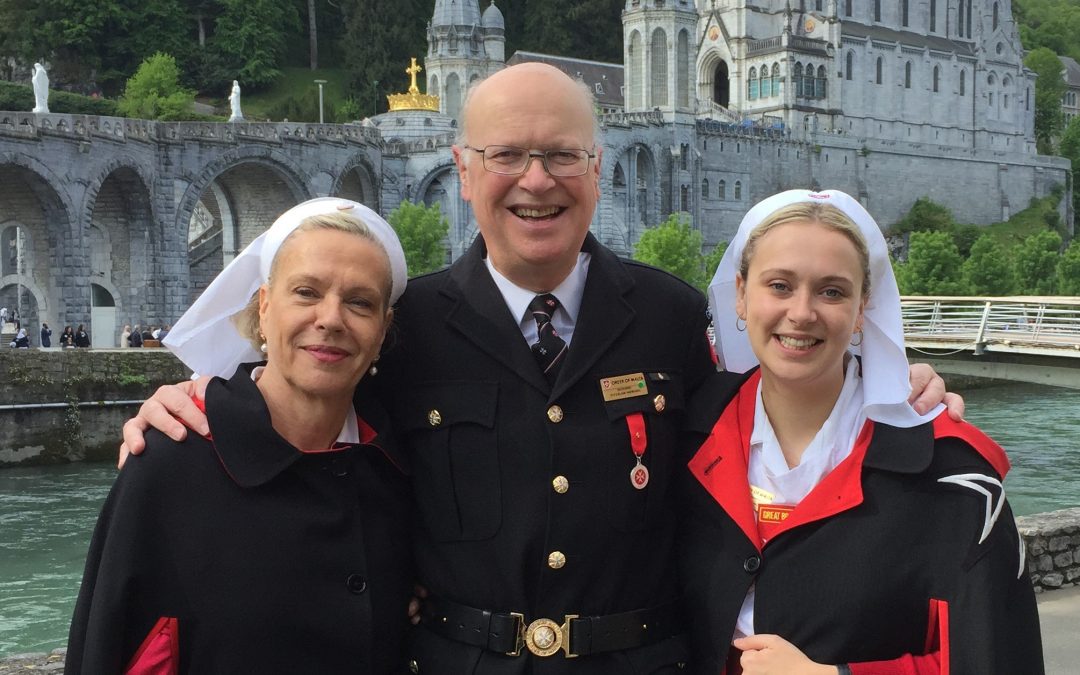 Responsible for the Fund’s governance as well as grant allocation, our Trustees and Directors are all actively involved in the Order’s work, bringing depth of knowledge as well as a global perspective.

We spoke to H.E. Richard Fitzalan Howard, Chair of the Fund’s UK Board of Trustees and President of the British Association, to discuss his experiences with the Order in the UK and internationally, and how they inform his role with the Global Fund for Forgotten People.

How did you first become involved in the Order of Malta?

My family had been involved for a long time, my father and uncle were members, as were both their parents, and in fact my grandfather was one of the first members of the British Association to go to Lourdes in the 1950s, so it felt rather inevitable in a way! My first real engagement was on the Board of the Orders of St John Care Trust, which runs 70 homes for elderly people across the country. It’s a very impressive organisation. However, a really important moment in deepening my engagement was meeting Marwan Sehnaoui, President of the Lebanese Association. He really showed me how the Order’s spirituality can live through its work, something I feel strongly about, and demonstrated what a really active and effective Association should look like.

As well as being President, what do you manage to get personally involved with in the UK?

I still serve on the OSJCT Board. I volunteer when I can at our work with the homeless in London, at St James’s, Spanish Place. We’re lucky to have different opportunities that allow volunteers to fit this around their daily lives. I’ve also often taken part in the British Association’s annual pilgrimages to Walsingham, and of course attend Lourdes each May.

Is Lourdes a family affair for the Fitzalan Howards?

Each of our three children have been to Lourdes with the British Association, whether with my wife, Josephine, and I in May or on the OMV July pilgrimage for our younger volunteers. My nephew, Milo, organised the July pilgrimage for the past few years. It’s great to see families getting involved, when families volunteer together it can be a very meaningful experience. They say that families that pray together, stay together and I believe that, but would add in families that work together stay together.

Which of the UK works means the most to you?

Well, of course they are all tremendous, but the Companions’ Café for the homeless in Spanish Place on Thursdays has a particularly marvellous atmosphere. You really feel that each guest and volunteer who attends is there because they want to be, and everybody always enjoys themselves. It’s wonderful to be able to help people and have fun at the same time. The care homes are also absolutely fantastic: everybody is so positive there, even when facing difficult struggles such as dementia. The carers look after 3,500 vulnerable people, day in, day out, so it’s challenging work, but they are deeply effective in what they achieve. Visiting the homes and seeing the results shows just how worthwhile the works of the Order are in practice.

The British Association hosted the International Summer Camp for Disabled People in 2018 – what was that like?

It was brilliant. Everything came together so well. It was a stressful process at times, but as the camp unfolded and the smiles were everywhere, it was clear that the efforts had paid off. The camp had a good mix of fun and spirituality, which really complemented each other. Monsignor Armitage, the Chief Chaplain for the camp, was extremely effective in achieving that balance. It was a great occasion.

How do you see the future of the Order in the UK?

I’m very optimistic! There are lots of dedicated young members coming through the Association, and we’re seeing a lot of people giving up their time to get involved in the works. We have some financial security and we have two great volunteer corps – the Order of Malta Volunteers and the Companions – who play a vital role in supporting our efforts.

You’ve also had a number of international roles with the Order, and recently received the Cross of Grand Officer pro Merito Melitensi for your work with the Investment Committee.

Yes, that was a great honour, and a complete surprise! The Committee looks after the central funds of the Order, with a focus on making safe investments to maintain value for the future. It’s not always easy to do that in a challenging financial market, but fortunately we seem to have managed it reasonably well (so far!).

How do your experiences in these British and international entities of the Order combine with your role as Chair of Trustees for the Global Fund?

Having been able to see what works of the Order look like on the ground, and the challenges that Associations go through brings a very practical knowledge to my role as a Trustee of the Global Fund. I think it helps to prioritise, for example when we are faced with difficult choices and are not able to support everyone.