The humanitarian work being carried out by the Order of Malta is driven by a deep understanding of local need.

The work is diverse and unique in delivering both relief and dignity to those being served. 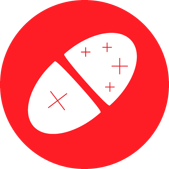 The issue: Over a billion of the world’s poor suffer from one or more neglected diseases [1], such as leprosy, sleeping sickness and elephantiasis, that make millions of victims’ lives almost unbearably difficult. The resulting pain, poverty, social stigma and disabilities have a devastating impact on their lives but a low direct mortality rate (compared to diseases such as AIDS and malaria) means that funding and global attention often go elsewhere.

How we help: The Order works towards tackling these, often curable, diseases through large scale, established programmes for sufferers across Africa, Asia and South America. The Fund supports projects tackling neglected diseases all over the world, such as leprosy in Cambodia and Africa, and sickle cell disease in Uganda. 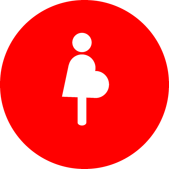 The issue: Whilst in many developed countries, pregnancy and childbirth has become a safe and professionalised experience, the Order’s experience on the ground demonstrates this is far from the case for many Middle Eastern, African, Asian and South American countries where avoidable child and maternal mortality remain tragically high.  Newborns in developing economies are ten times more likely to die than in industrialised economies [2] and maternal mortality is over a hundred times higher in Sub-Saharan Africa than in Europe [3].

How we help:The Order is widely recognised for its work in this field, and the Fund has supported projects including midwifery in Kenya, medical care for post-natal complications in Madagascar, and the Order’s flagship maternity hospital in Bethlehem. 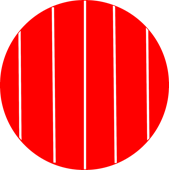 Prisoners and their Families

The issue: More than 10 million people are held in prisons around the world [4]. The consequences of a custodial sentence are far-reaching. Family relationships, mental and physical health, employment prospects and finances are all affected by imprisonment. There is increasing awareness of the importance of rehabilitation and support for prisoners both during and after their sentence, however, the impact on their relatives and, in particular children, is often overlooked. These children are the invisible victims, vulnerable, confused and stigmatised, they receive a sentence of their own while they have a parent in jail.

How we help: The Order has a long tradition of working with prisoners, ex-offenders and their families around the world in locations as diverse as Malta, Panama, Lebanon, Romania, Singapore, Indonesia and Brazil. With the support of the Fund, a new flagship project rehabilitating ex-offenders has been established in the UK. 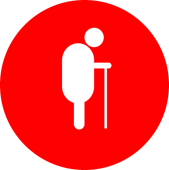 The issue: The number of people over 60 is expected to more than triple globally by 2100 [5]. Greater life expectancy and declining fertility mean that, across the world, the older generation will account for an ever larger proportion of society. Old age can be isolating and lonely, often exacerbated by reduced mobility and health complications.  In the twilight of their lives, the elderly should not only be remembered, but treated with kindness and respect; instead, society often treats them as little more than a financial and social burden.

How we help: Caring for the elderly is one of the most significant components of the Order’s work. The Fund supports the Order’s work worldwide, running care homes, meals on wheels, support centres and medical facilities in countries from the UK to Peru. 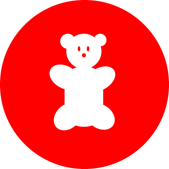 Children and Adults with Disabilities

The issue: One in ten children in the world have to cope with a mental or physical disability and 80% of disabled people live in developing countries [6]. In some countries disabled people may also be disowned, excluded from their community or consigned to inadequate care homes. Only the very privileged few are able to access appropriate care and support throughout their lives.

How we help: The Order of Malta works with disabled adults and children in many countries. The Fund supports the provision of therapy, dedicated support centres, and holiday camps for the disabled across Europe, the Middle East and Asia. 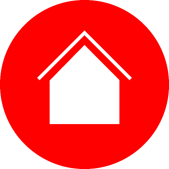 The issue: It has been estimated that one quarter of the world’s population lives without shelter or in unhealthy and unacceptable conditions [7], a great many of whom are minors. The problems that lead to homelessness pervade every part of society; family breakdown, natural and man-made disasters, overcrowding, drug addiction and illness. In addition, homelessness accelerates social exclusion, so those affected are often in a downward spiral of unemployment, marginalisation, poverty, drug problems and illness.

How we help: The Order works with the homeless in many countries across the world. The Fund has supported shelters and food for homeless people across Europe, services for mothers and children in Russia and Uruguay, and the rebuilding of homes and communities following natural disasters in the US and Italy. 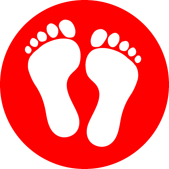 The issue: Over 40 million people across the world are internally displaced by armed conflict, generalised violence and human rights violations [8]. Displaced people are found the world over. Those born into extreme poverty, abandoned in a war zone, or hit by a natural disaster are most affected.  Forced to leave their assets and jobs, they find themselves homeless, without friends or family, without work or even a national identity. They fall between the cracks and women and children are particularly vulnerable to trafficking.

How we help: The Order helps displaced people across the world, and the Fund has supported projects providing healthcare and support for refugees in Europe, the Middle East and South America, offering medical care to displaced children in South Sudan, and Pakistani refugees trapped in Thailand. 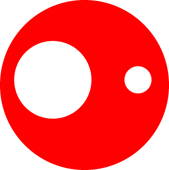 The issue: Marginalised communities are groups of people who have become separated or actively excluded from the rest of society. From indigenous groups in South America and Africa, to refugees and Roma communities, marginalised people are often regarded as an underclass, unable to access basic material needs, work opportunities, education, welfare or healthcare, their needs ignored or forgotten by the public.