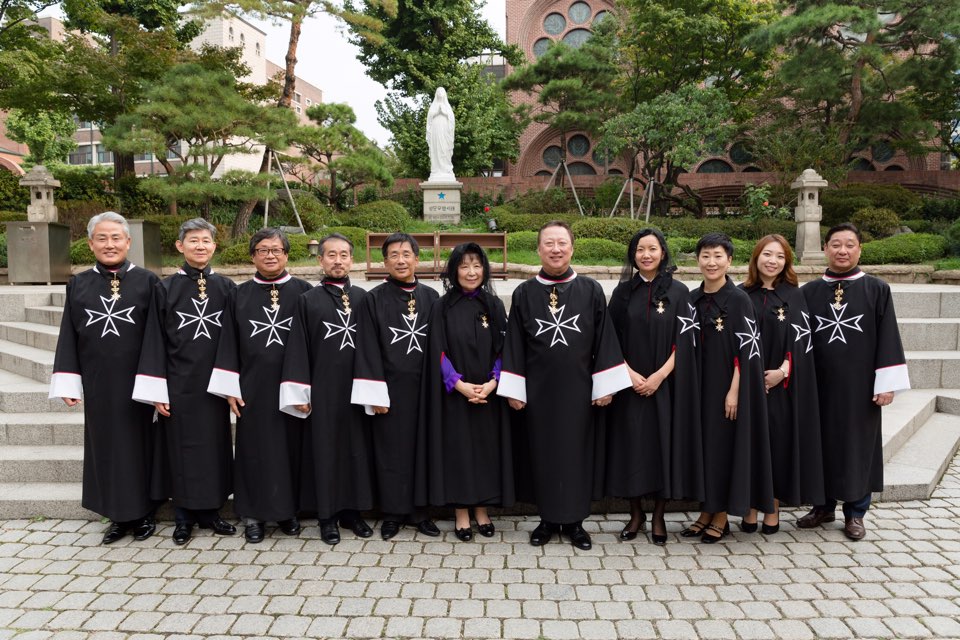 Eleven new members of the Order were invested in Seoul. This occasion marked the commencement of the Order of Malta in Korea.

The Grand Chancellor, H.E. Albrecht Freiherr von Boeselager, joyfully announced the establishment of the Order in Korea, saying that he was “certain that the new members will be equal to the commitments awaiting them”.
At the celebratory gala dinner Order of Malta Korea President, Yongmaan (YM) Park, spoke of the duty to serve those who are on the outskirts of society. “The homeless, alcoholics, the disabled and the marginalised elderly and youth. They are all God’s children, as we are. That’s why we need to constantly remind ourselves that our comfort and their suffering come from the same root and try our best to help them. And it is our duty to do so.”
Chief Executive of the Global Fund for Forgotten People, Mrs Lisa Simpson, spoke of her experience in Korea over the past two years: “It has been a joy to work with YM Park and the eager and dedicated members and volunteers who demonstrate their will to support those suffering in Korea. They are making a great impact on the plight of the Forgotten.”