Reports from the Frontline: the Order of Malta’s response to the crisis in the Ukraine 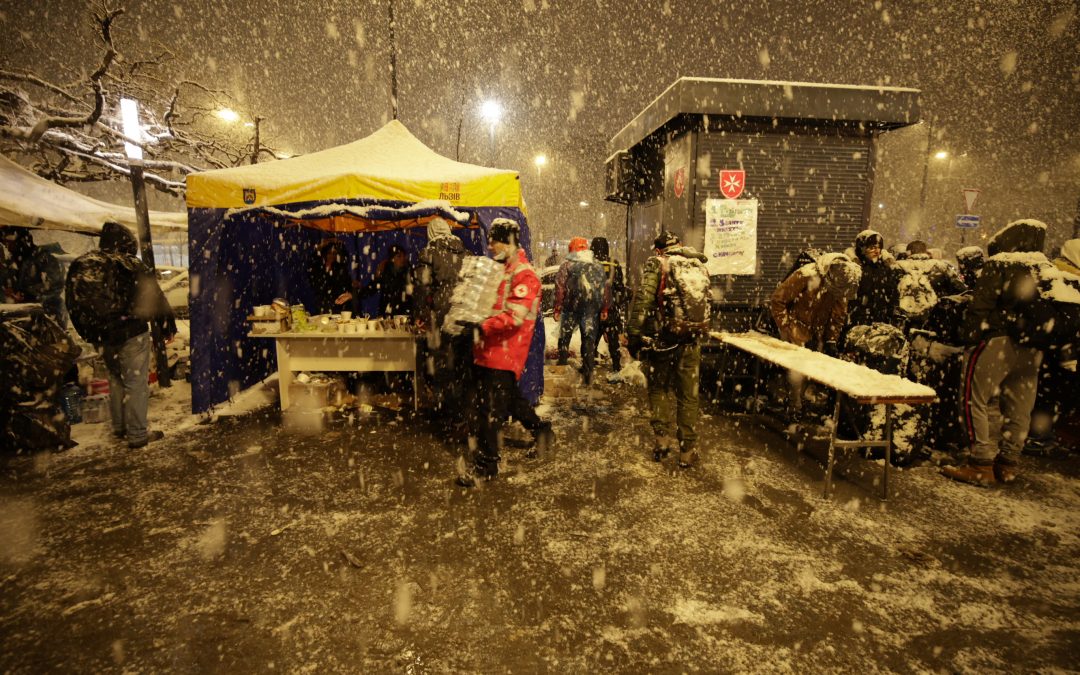 On Tuesday 8 March, the Fund hosted a Zoom conference for senior members and supporters of the Order of Malta on the Order’s response to the Ukraine crisis.

The  Grand Hospitaller opened the discussion by assuring the Ukrainians of the support of the Grand Magistry. He emphasised the importance of Malteser International’s coordination role and reminded those present that the question of why people are in our crisis is never our concern, but that the Order suffers with the suffering.  Our mission is to give support and shelter.

Clemens von Mirbach-Harff, Secretary General of Malteser International presented a comprehensive overview of the situation in Ukraine and surrounding areas for those fleeing conflict, the humanitarian needs and the Order’s response.

Olga Bilichenko and the executive board of the Ukrainian Relief Service gave a moving account of the suffering in Ukraine, the mass displacement of people, the threat of starvation and the tragic reality of death from dehydration. She told those listening that the people of Ukraine know the darkness of the shelters they are living in, and their need for ongoing support in all forms.

The final speaker, Dominik Brichta of the Slovakian Relief Service described their work welcoming refugees  at the border with Ukraine, stressing that the overwhelming majority are mothers with children.  He explained that the state is overwhelmed and underprepared, but praised those who had turned the initial shock of the crisis into action.

Lisa Sanchez-Corea Simpson of the Fund assured those in Ukraine and the many attending who are supporting in other countries of the Global Fund for Forgotten People’s commitment to the region, now, and for the long-term.  If you would like to see the recording please contact [email protected]