The work of the Order in Lebanon 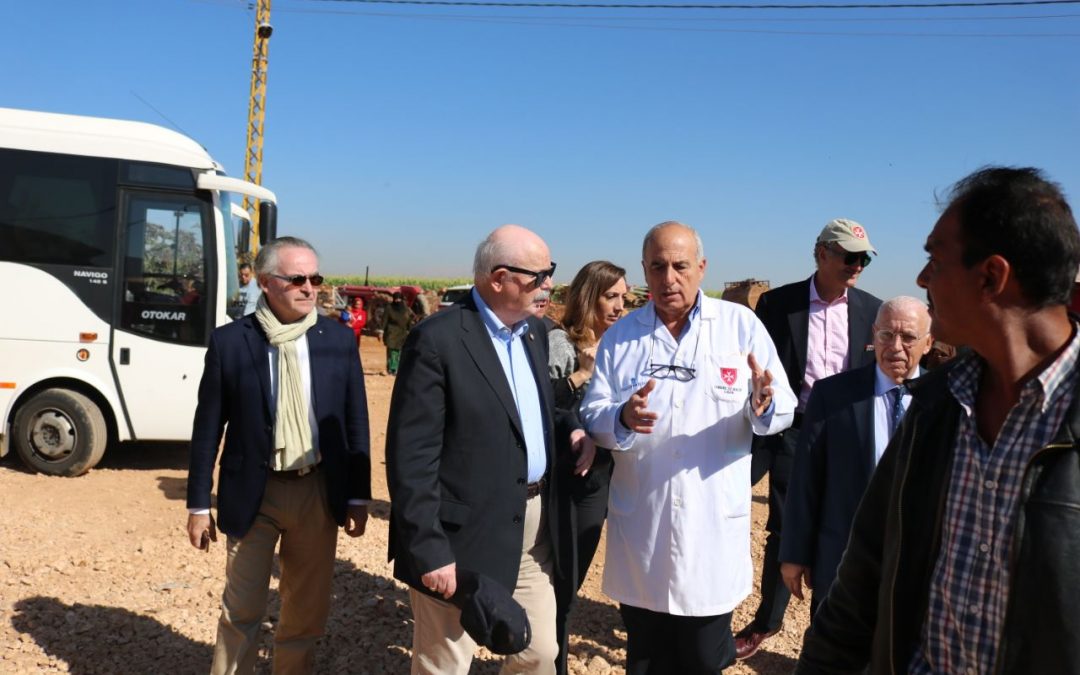 The delegation spent their first day visiting the Order of Malta’s international centre in Chabrouh. Chabrouh is an international work of the Order, which hosts over 30 camps of young volunteers from across the world each year. Mass was celebrated by the Papal Nuncio, H.E. Archbishop Gabriele Caccia. Representatives from the Italian Relief Corps presented relics from St Anthony of Padua for the Order’s chapel in the centre.

H.E. Fra’ Giacomo Dalla Torre del Tempio di Sanguinetto and the delegation were received by the President of the Lebanese Republic, H.E. President Michel Aoun. During their time in Lebanon the international delegation joined with the Druze community to celebrate the launch of a new medical centre. They also visited a new hospital being constructed as a joint project of the Lebanese Association and Malteser International. The hospital will provide healthcare for the local population and the refugees they are hosting.