Faces of the Fund: Interview with Marwan Sehnaoui 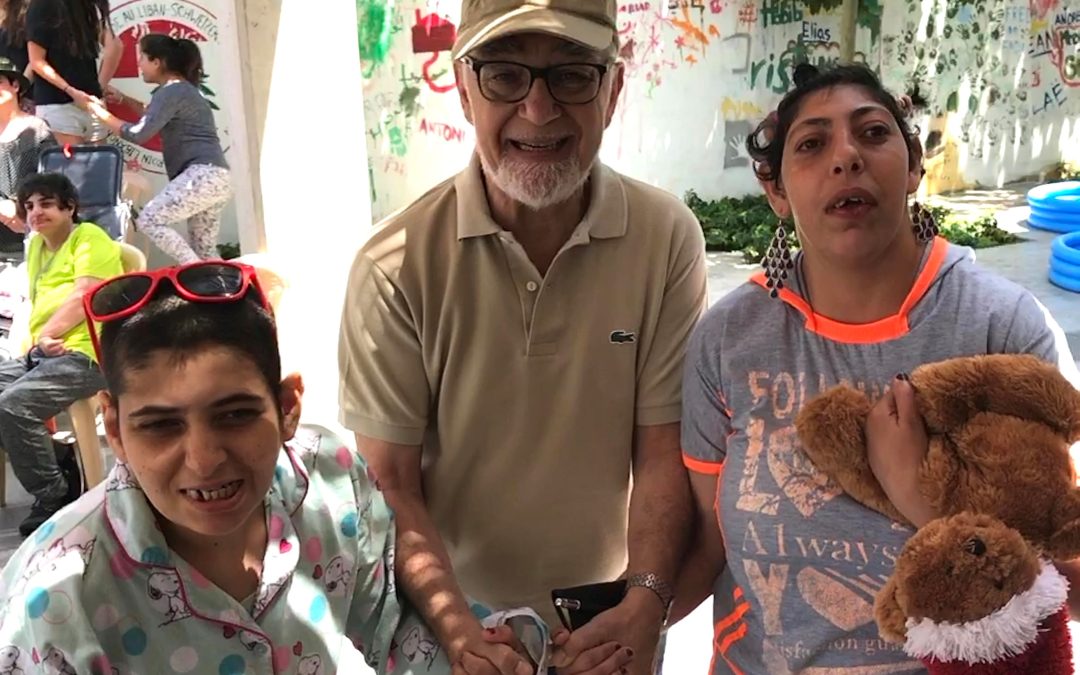 In 2012, the Fund awarded its first grant to the Lebanese Association. Ten years later, our partnership has grown significantly, as has the Association. We spoke with Marwan Sehnaoui about his decades of work as President.

How did you first become involved with the Order of Malta?

It was in the midst of the civil war in Lebanon in the 1980s; shelling, bombing and distress were everywhere. A close friend came to me and asked if I wanted to join the Order. I felt that as the Order was a non-political and sovereign entity present all over the world, I would be able to help my fellow citizens and their suffering with the support of an international entity. Soon I was made Chancellor and four years later, in 1993, I was elected President. I am still here, continuously enthusiastic and excited about what we have become and how we have developed in Lebanon.

How has the Association grown since you joined in the 1980s?

It has grown significantly in a fairly short space of time. When I first joined the Order in Lebanon, the Association had a budget of around $10,000 to run small operations in Lebanon and there were about 10 members of staff. By 2019, which saw the Lebanese liquidity crisis, we had about 65 members of staff, with a budget of around $3.5million. Today, we have around 500 employees with an annual budget of over $20million.

What has prompted this huge growth?

Often stress provokes a reaction, in donors as well as in the organisations that help, especially if people are dying because they can’t feed themselves, treat themselves or are suffering from deep-rooted psychological trauma. If the Order is not there in those moments, then what is it for? The Association is now an operational institution with a lot of capacity, an effective system of governance and full transparency, which is what convinced donors, especially governments, as well as partners, that the Lebanese Association is reliable. The Global Fund for Forgotten People was the first of those to believe in us and this, for us, is a question of trust and friendship that no millions could change. Our heartfelt thanks to you.

Tell us about your partnership with the Fund?

From the beginning of the Fund, my dear Lisa believed in us.  We received support from the Fund since the very beginning, it had the conviction of what we could achieve in Lebanon, and continues to invest, particularly in the social care aspects of our works.  It is a true partnership, we can be open, discuss, change things where necessary.  I will especially never forget that early trust and belief.

What do you believe are the most important aspects of the work you undertake?

Essentially, restoring dignity and providing hope. Now, with 80% of the population living below the poverty line, our mission is to give hope any way we can. When people are sick, we must help; when people are hungry, we must help; when people need love, we must help. In addition, we ensure that we put a lot of time and effort into our projects, no matter  the budget they may have. We value solidarity, engagement and teamwork. This has led to the Lebanese Association being a trusted entity for donors. No government will give money to our government, but they believe in partnerships with the Order in Lebanon.

What are the new developments for the Lebanese Association?

Currently, we’re developing further into the medical field. Our centres used to receive about 80 patients per day, now they serve 400 people per day. Our “Medicines for Lebanon” project, which is being supported by the Fund, uses that network of the Order and is essential for the many suffering people with disabilities in Lebanon. Agriculture is our newest programme, and now we are looking at renewable energy because it will give people the chance of having a working fridge, or air conditioning, or hot water. If we are daring enough to launch such programmes and convince donors that we can save a society, without dealing with politics and maintaining transparency, then why not?

Lebanon is a volunteering hub for the entire Order, tell us about that?

Before Covid, we had 40 international camps with over 1,200 volunteers coming from 20 different countries. The number of Lebanese volunteers is increasing day by day, we now have 300 and their perception in Lebanon is highly positive. We have been putting in place a concept of volunteering that will only grow and become increasingly more attractive. We are now dealing with universities and attracting a younger audience. Aristotle said “educating the mind without educating the heart is no education at all”. I hope we can always embody that lesson. We have the opportunity to inspire youngsters more and more and we should engage in that, they are the future.