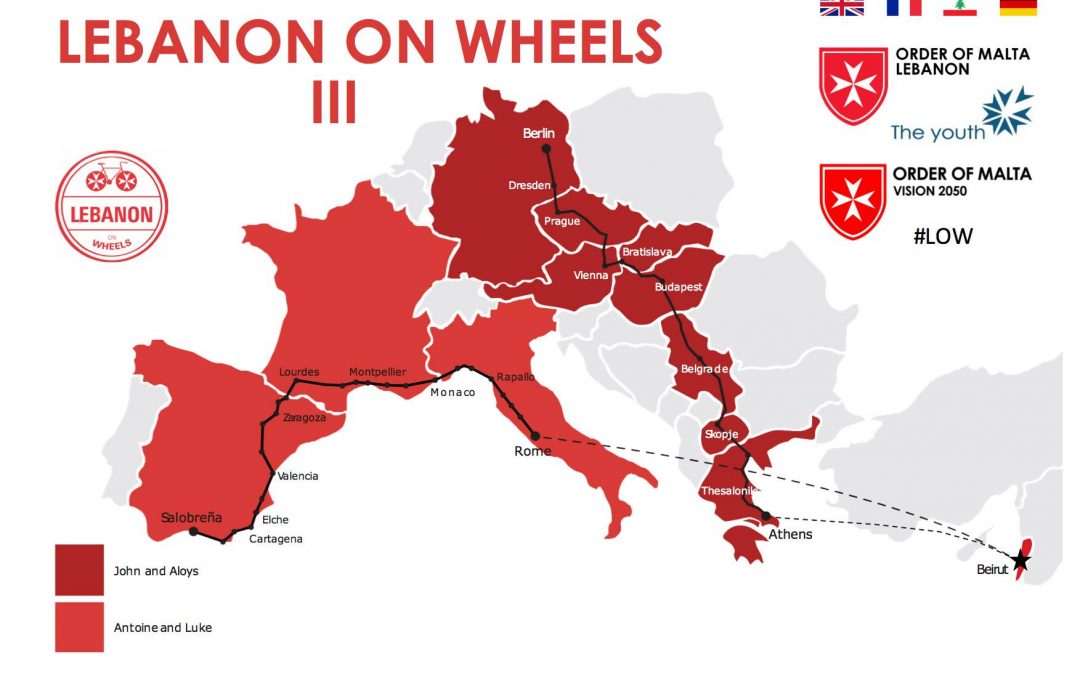 Lebanon on Wheels originally started in 2016, when two young Order of Malta volunteers cycled from London to Athens, to raise money for “Project Toufic”. Now in its third year, the Lebanon on Wheels Challenge will include two teams taking on the cycle ride. Antoine Breteau and Luke Pitman will be departing from Malaga and cycling to Rome, whilst Aloys Hohenzollern and John Warrender will be making the trip from Berlin and ending in Athens. The journey entails spending 6 weeks on bikes with a distance of approximately 2,500-3,000 km.

The money raised will support three Lebanese children; Toufic, Abbas and Ahmad and provide them with the education that they deserve. “Project Toufic,” has the potential to bring a life-changing opportunity for these young boys. It is a project that will operate in cooperation with the Lebanese and German associations of the Order of Malta.