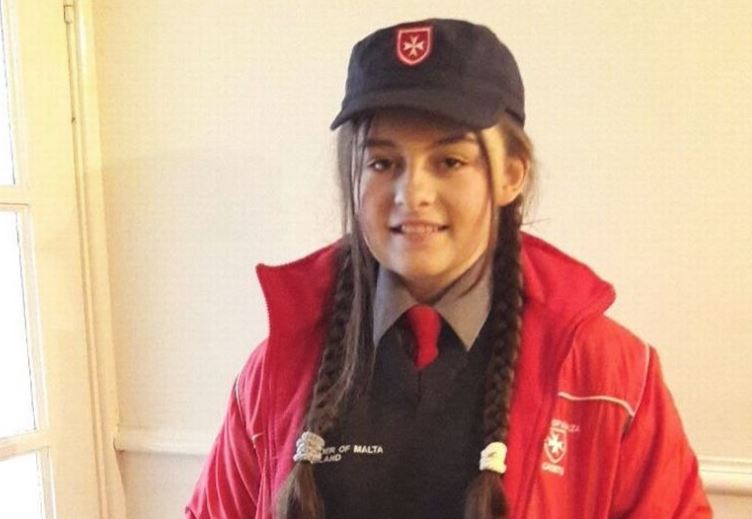 A young Irish Order of Malta cadet from the Wexford unit, rescued an injured passenger after he was thrown from a motorbike and trapped underneath it on the roadside. After the driver fled the scene, quick-thinking Chloe Sinnott, 12, treated the man’s wounds with baby wipes and towels.

Having heard the crash outside her home, Chloe Sinnott swung into action and took charge of the situation, asking the passenger questions, like was he on any medication. She stopped another bystander from lifting the motorbike off the man as it could have caused him injuries. She checked his pulse and told another neighbour to go and get her towels and wipes to treat his wounds. After 20 minutes the ambulance arrived, and he was taken to hospital.

Chloe joined her Order of Malta cadet group two years ago after she attended one of their summer camps. Chloe’s Cadet Leader, Kelly Dempsey, said: “Straight away she went into First Aid mode. We are very proud of her. It is great to see that she used the skills she has learned and had the confidence to help.”