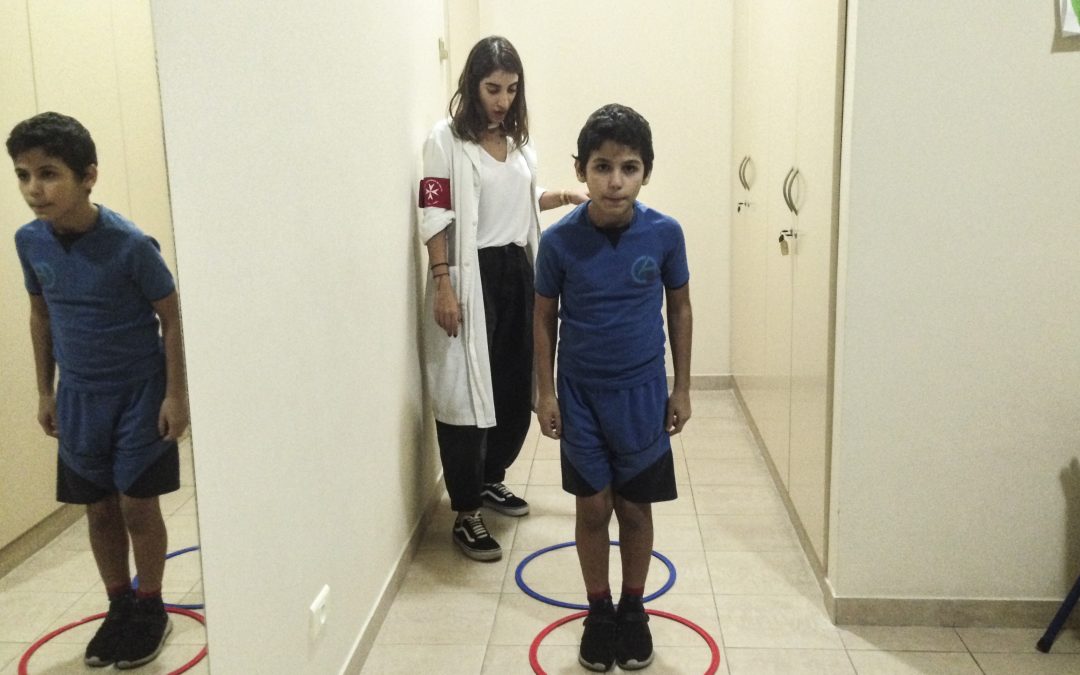 The Order in Lebanon serve tens of thousands of vulnerable refugee and Lebanese people free of cost each year across their nine socio-medical centres. This Christmas, support from the Fund is enabling four of the centres to expand the specialist nutritional, psychological, movement and speech therapies they offer to children who are struggling. Jeffrey is one of these children.

Jeffrey is eight years old. The youngest of four children, he suffers from a psychological disorder.

“Jeffrey has always been turbulent and quite difficult” admits his mother. When his schoolteacher began to highlight Jeffrey’s difficulties concentrating in the classroom, she took him to a psychiatrist, who diagnosed him with ADHD and referred him to the Order’s community health centre in Zouk Michael for further support.

Jeffrey began to attend weekly sessions with a psychologist at the centre, who worked with Jeffrey to help identify some of the psychological issues at the heart of his problems. With the help of a psychomotrician, who helped Jeffrey feel more at ease in his body, and a speech therapist, who patiently worked him through his obstacles in reading and writing, Jeffrey’s therapist has been supporting him with his learning disabilities since 2016.

Without specialist help, Jeffrey would have continued to struggle, and would likely have dropped out of education. But thanks to the holistic support he receives from the centre’s staff, today, Jeffrey is succeeding at school. In the classroom he can focus on his work and take in new ideas, is often commended by his teachers, and hasn’t missed a single lesson to date.

His mother is delighted. “Without the dedication of these therapists, my son’s situation would be very different and much more difficult. I’ve been amazed by the progress he’s been making. I know the road ahead will be long and harder than we expected, but this is helping my son to be the best version of himself.”